Pulau Lombok (Lombok Island) located to the east of Bali, the internationally renowned Indonesian resort island, is famous for its abundant nature with Gunung Rinjani (Mount Rinjani) about the same height as Mount Fuji and beautiful beaches. However, big earthquakes hit the island in succession on 29 July, 5 August and 19 August and it has suffered great damage mainly around the northern part and the mountain areas.

Since Bardral URAYASU is a partner with professional futsal clubs based in Lombok Island, Vamos FC Mataram and Mataram FC, in its activities in Indonesia, the club, in corporation with the said partner clubs, implemented activities with the aim of encouraging the people in Lombok striving for its reconstruction. 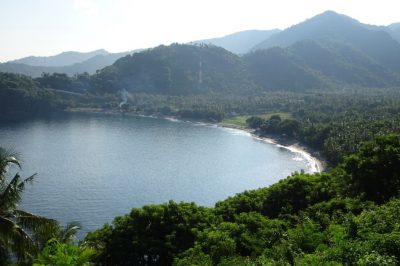 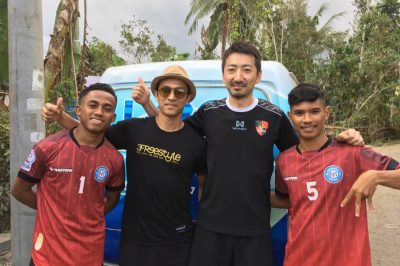 Prior to the visit, we were informed that the number of people who had evacuated due to reasons such as residential building collapse was estimated to be 0.4 million and even many of those whose houses had survived the disaster were living outside out of fear of earthquakes. The purposes of this activity were to grasp the situation not reported in media coverage and translate it into future activities and to care for traumatized children through playing futsal with them.

On Saturday, 22 September, used uniforms previously owned by the players in each category of Bardral Urayasu and the official F.LEAGUE balls were transported from Haneda Airport to Jakarta. Then in Jakarta, we obtained some supplies needed in Lombok Island such as blankets, large plastic dust sheets and picture books and flew to the island on Wednesday, 26th September. 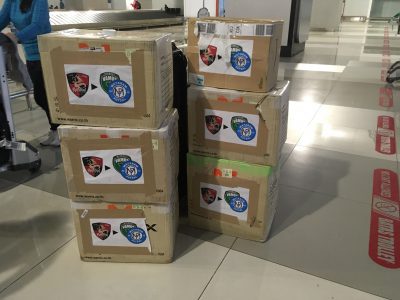 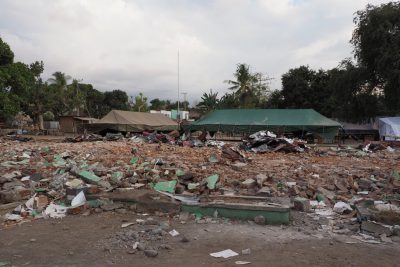 From the Mataram FC side, its coach Bonsu Hasibuan and two players, Muhajir Reformasi and Hafis Nugraha as well as three cars joined us for support. In addition, seven more persons joined including Chairman Sylvia Wijaya of Asosiasi Penerjemah Jepang Indonesia (Japan-Indonesia Interpreter Association), the organization in charge of the Indonesian part of this activity, and individuals or organizations that have relation with the said Association such as Keitaro Ura of The Three, a comedian living in Indonesia for a Yoshimoto Kogyo project where comedians of the company live in different areas, and whose comedy song, ” Tidak Apa Apa” (meaning “there is no problem” : https://youtu.be/uCK2gsZsboE) has become a smash hit in Indonesia. 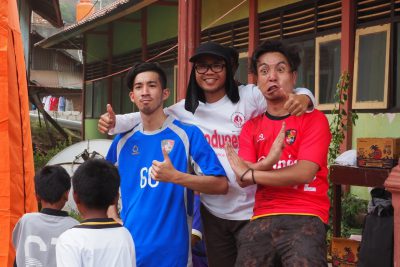 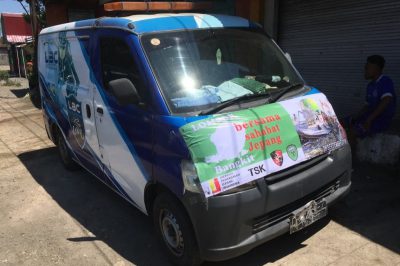 On the first day, the activity was implemented in Desa Sembalun (Sembalun Village) located on the east hillside of Mount Rinjani. Even the public office governing the village was not able to find out the details of the damage caused to the area until recently since there is hardly any mobile phone reception there and the road leading to the village was temporarily blocked due to a landslide. Normally, the village is crowded with mountaineers as a base for Mount Rinjani climbing, but now people have stopped visiting.

Since a large tent was set up for evacuees in a vacant lot and the mosque at the center of the settlement was also greatly damaged, we played futsal in the flowerbed of a small school with children gathered. Clothes and picture books were given to small children and girls who cannot play futsal as gifts.

Words of appreciation were received from the chief of Sembalun Village noting, “Several people have come over to help us, but it was the first time that someone brought us balls and uniforms. I am deeply moved. This will allow the children to play for a long time “. 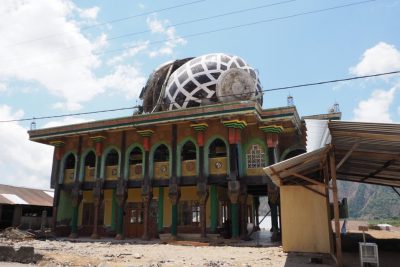 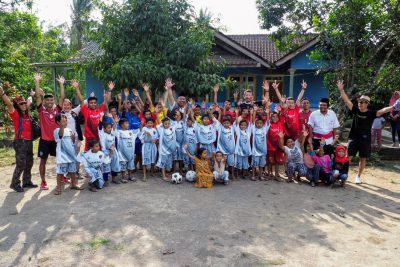 On the second day, the activity was implemented in Desa Selebung (Selebung Village) on the south hillside of Mount Rinjani. Since Selebung Village is a settlement in the middle of a forest, the situation could not be confirmed from the outside, which also caused delay in the grasp of the damage by the government office. Almost all the houses where about 4,000 people lived had collapsed. It was in the midst of villagers helping each other to repair each house using bamboo for the traditional Lombok bamboo work and scrap materials from the earthquakes.

Being occupied with rebuilding their houses, men are not able to go out to work and currently they have no cash income. It has caused a problem of insufficient food, so we delivered food such as rice, oil and sugar purchased in Mataram City to the village chief. We kicked a ball and played in the schoolyard of a nursery school whose concrete structure prevented it from collapsing. 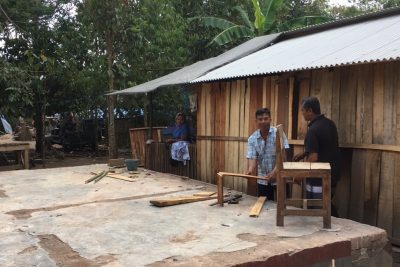 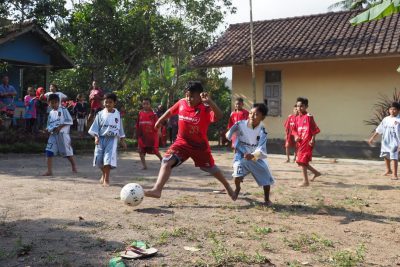 Although it was only two days of stay, we got to see smiles of many children through this activity and received many words of appreciation from adults watching these smiles. As a futsal club with a connection to Lombok Island, we hope it could be of any help to the residents.

While we were heading home, a huge earthquake of M7.5 and a tsunami hit Palu in Sulawesi Island, Indonesia. Our prayers are with those who lost their lives. We would like to offer our sincere condolences to those who lost loved ones and those affected by the disaster.

As in Japan, many natural disasters could occur in Indonesia, but as in Japan, they are not everyday hazards. In Lombok Island, resort areas of the west side of the island and Mataram City escaped damage and we can still enjoy beautiful beaches. 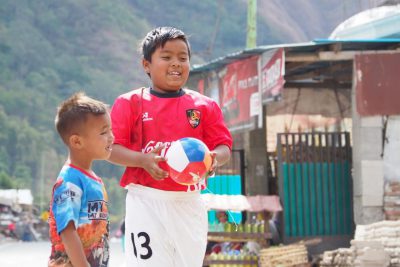 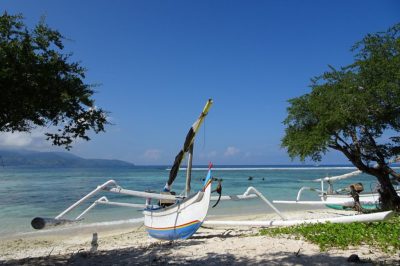 The best support may be to visit the island. We would recommend the fans and supporters of Bardral URAYASU to visit Lombok Island if there is any opportunity.